There is a right way to do a rom-com and there is a very wrong way. When I heard about Crazy Rich Asians, I was excited it could be the first and worried it would be the latter. At a run time of two hours, this film had the potential to be a massive waste of time. I’m happy to say that this movie, was instead, a massive delight. There are a few stumbles, but nothing that truly dampers the experience.

Without spoiling anything, I have to say that the opening scene is by far one of my favorites. In sets this triumphant tone that you carry with you throughout the rest of your time in the theater, while establishing a not-so-subtle reminder of the discrimination that people of color still have to endure. While that moment is set in the past, the rest of Crazy Rich Asians focuses on the current day. Rachel Chu (Constance Wu), a native New Yorker, and her boyfriend, Nick Young (Henry Golding) are traveling to Singapore so Nick can be the best man in his best friend’s wedding. Rachel is excited at the prospect of meeting the rest of the Young family and to see her college roommate Peik Lin Goh (Awkwafina). As you’ve seen from the trailers, Nick’s mother has a less than warm welcome waiting for Ms. Chu when she arrives.

Now, I didn’t know the movie was based off a series of books until after we were leaving the theater last night, but upon reflection, that actually explains a lot about how our plots and sub-plots operate. Where, usually, a sub plot would have small moments that add to the main storyline as a whole, here they actually feel like their own separate stories. We get glimpses into so many characters’ lives as though they were different chapters in a book and true to the trailer, we spend most of our time following Nick and Rachel, I was waiting for scenes following Astrid (Gemma Chan). While, at times, this makes the tone from transition to transition hard to grasp, I think it paid off. This world is now firmly established and it doesn’t sound like they are shying away from sequels.

All of the aspects of this film are so spot on. From costuming to the elaborate set design, the layers to Crazy Rich Asians runs deep. One of the most impressively constructed visions comes with the soundtrack. It’s big band, swing dance music, sung entirely in Mandarin. Like so much of the rest of the movie, it’s lavish, over the top, and most importantly, fun. What are you still doing here? You should definitely go see it this weekend. 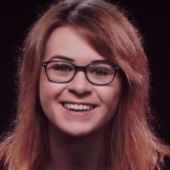 Hi everyone! I currently study English and Business at UNL. Check out my reviews.